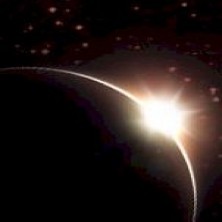 Planets like Mars, Venus and Mercury transit the zodiac many times a year, whereas slower planets Jupiter and Saturn take longer. This transit will affect each person differently according to the zodiac which represents your moon sign. The effects of the transit of slower planets like Jupiter and Saturn are felt for a longer period and hence, are given more importance in Vedic Astrology.

Jupiter is considered to be benefic planet in Astrology. Jupiter confers wealth, children, fortune,luck and marriage. Many ill effects due to the transit of other planets can be nullified by Jupiter’s aspect. He is called Devaguru and auspicious planet and rules Sagittarius and Pisces, exalted in Cancer(Katakam) and debilitated in Capricorn.

Guru Peyarchi
the transit of Jupiter

Jupiter is the largest and most benevolent male planet. In the zodiac, Jupiter is a large planet and moves very slowly, but when it does move, its impact is unique and significant. In our solar system, it is Jupiter whose heavy gravitational field pulls in attacking asteroids and sling-shots back into outer space before they reach earth. This is a planet who grants protection from the evil tendency of cosmic forces as well as the bad karmic energies built over series of births. As a heavy planet, Jupiter also expands your physical influence depending on the transit.

According to Rig-Veda, Jupiter needs to be worshiped by all because when he is pleased he blesses his devotees with prosperity and intelligence and helps them follow a virtuous path and protects them in every calamity. Jupiter is very affectionate towards people who seek his refuge. His great phase lasts sixteen years. Fasts should be observed on dark-moon (Amavasya) and on Thursday to pacify him.

Jupiter rules Sagittarius (Dhanur rasi) and Pisces (Meena rasi) and Nakshatras like Poonarvasu, Vishaka, and Purvabhadra. He is also associated with the liver, circulation of the blood, and problems caused due to overeating.

5 Mukhi Rudraksha is ruled by Jupiter. The 5 Mukhi is therefore suggested to sublimate the malefic effects of Jupiter.Guru Yantra should be established for worship of Lord Jupiter for prosperity, power, and rank and for strengthening a weak Jupiter in the horoscope pujas, mantra and homams are very helpful.Yellow sapphire is a gemstone ruled by the planet Jupiter.

If Jupiter is in a good position in your chart it will bring you knowledge of law, principles, intelligence, good health, good behavior, long life, worldly happiness, prosperity and will also bless you with progeny. When Jupiter is unfavorably placed, it creates fears and tears, ruins reputation, destroys chances of wealth, and makes way for disasters in life with less chance for recovery.

GURU TRANSIT 2019
Lord Guru is planet Jupiter. He is also known as Brihaspati and Devagura. Lord Guru is the preceptor of Indra (king of the gods), and is the most auspicious of planets. According to the Shiva Purana, Lord Guru is the son of sage Angirasa and Surupa. Lord Guru blesses his devotees with strength, knowledge, longevity, and progeny. He cures ailments of the stomach and wards off sins. Lord Guru is also benevolent, and a dispenser of justice. His metal is gold, and his gem is yellow topaz/yellow sapphire. He is worshipped especially on Thursdays. Lord Guru is the guardian of the north-east direction.

Jupiter transits from Vrischika Rasi (Scorpio) to Dhanur Rasi (Sagittarius) on 28th October 2019 according to the Vakya Panchangam which is followed in temples. Astrologers who follow the Thirukanidha Panchangam date the transit on 4th November 2019
This transit of Jupiter confers good effects for those under the following Rasi -  Simha, Mesha, Vrischika and Kumbha. Those born under Makaram, Kataka and Vrishabha need to excercise caution and for all other Rasi's the effects of this transit could be moderate.

To alleviate the malefic effects that may be incurred due to this change of planetary position and to enhance the benefic effects the Guru Preethi Homam will be performed on 4th October 2018.

PARTICIPATE IN THE GURU PREETHI HOMAM

It is beneficial to perform a Laksharchana at the Guru Sthalam.The Laksharchana is being performed at the temple during the following days
29th April 2011 to 6th May 2011
12th may 2011 to 22nd May 2011
The Laksharchana will be performed on any of the above days from 9AM to 12 Noon and again from 4.30Pm to 8PM.